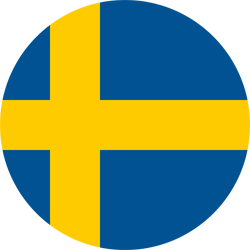 Portugal had a goalless draw against France, meaning they still top the table in their group due to superior goal difference. The reigning champions have an extremely good form as they only tasted defeat once in their last 20 matches. At the time of this writing, Portugal announced that Cristiano Ronaldo and Bruno Fernandes have both tested positive for COVID-19 and will not feature in this match.

Sweden have lost their first 3 games in their group as they lost again to Croatia in their last match. They will now go to Portugal and try to take at least a point against the reigning European champions. That is easier said than done as they have an abysmal record against Portugal. Of their last 11 meetings with Portugal, they have only won once.

Sweden might be at the bottom of the table, but they are not that bad in the defensive end. Except for their last match where they conceded in the dying minutes of the match against Croatia, their matches against Portugal and France have both resulted in Under 2.5 goals. And I think this will be the same case when they go to Portugal. I am picking the Unders.

Defending champions Portugal shoot for an important win when they host Sweden in Group 3 of League A in the Nations League. Predictions and odds for this Portugal versus Sweden match to be held at  Estadio Jose Alvalade in Lisbon are available.

Fifth-ranked in the world, Portugal lead the group with seven points after three games and lead France just on goal difference with three matches left to determine the finalists from each group.

Under the format, in the top league (League A), the winners of the four groups go on to play in the Nations League Finals, with two semi-finals, one third and fourth place decider, and one final to decide which team becomes the UEFA Nations League champion.

After winning their first two fixtures, 4-1 at home over Croatia and 2-0 at Sweden, Portugal were held to a scoreless draw at France the last time out.

In that win over Sweden, team heart and soul Cristiano Ronaldo netted both goals. He will be the main problem of Sweden defenders.

Last season, Ronaldo scored a second-best 31 goals for Juventus in the Serie A, whist he tallied 35 in all competitions.

Portugal boss Fernando Santos, who led the country to their first major victory when they ruled the Euro 2016, will also rely on Joao Felix and Bruno Fernandes, amongst others.

In the inaugural season of the UEFA Nations League (2018-19), Portugal beat the Netherlands 1-0 in the final, behind the 60th-minute goal of winger/striker Goncalo Guedes at Estadio do Dragao in Porto.

Sweden, ranked 18th in the world, sit last in the group after losing their first three matches. 1-0 at home to France, 2-0 at home to Portugal and the latest, 2-1 at Croatia.