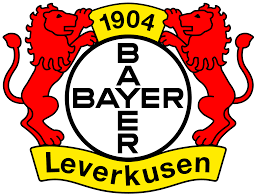 Bayer Leverkusen were gifted with a difficult opening match in the Bundesliga, with their fist match resulting to a 0-0 draw against Wolfsburg last week. They were lucky not to concede as they looked sluggish at times, often being dispossesed by their opponents in the midfield. Their upcoming fixture will not be easy either, as they will be up against RB Leipzig, who finished top 3rd last season.

Timo Werner was not missed by his former team has RB Leipzig got a 3-1 home win against Mainz in their opening match of the season. Despite conceding a goal, Leipzig were on fine form, with their regular starters looking as sharp as last season.

It's a question whether Leverkusen can match up to Leipzig early on at this season. Their two head-to-head meetings last season both ended in 1-1 draws. But comparing the opening match performances of both, it seems the visitors might have the advantage here, despite the home team keeping Wolfsburg to a draw. Both teams saw one of their stars transferring to Chelsea this season, but the loss of Kai Havertz was felt more by Leverkusen. Manager Julian Nagelsmann wanted his team to start the season on a high note, and a win on this next match will surely reinforce that wish.

RB Leipzig look for a second win in row when the square off with hosts Bayr Leverkusen in the Bundesliga. Predictions and odds for this Bayer Leverkusen versus RB Leipzig match to be played at Bay Arena are available.

Werner has joined Chelsea in the close season and missed their campaign to their Champions League semi-finals in August. Leipzig lost to Paris Saint-Germain in the semis 3-0.

An estimated 8,500 fans were permitted by local authorities to attend the game in Leipzig's stadium, with strict measures imposed to reduce the risk of coronavirus infection.

Bundesliga’s opening weekend has seen limited numbers of fans return for the first time since restrictions began last March. This is seen as putting an end to the practice of playing in empty stadiums.

A penalty from Emil Forsberg got Leipzig ahead in the 17th minute and four minutes later, Yussuf Poulsen made it 2-0.

Jean-Philippe Mateta scored for the visitors in the 48th, but Amadou Haidara responded three minutes later to ensure a comfortable victory for Julian Nagelsmann’s squad.

The last two league meetings between Leverkusen and Leipzig both ended in draws, at Levekusen 1-1 and also 1-1 at Leipzig.