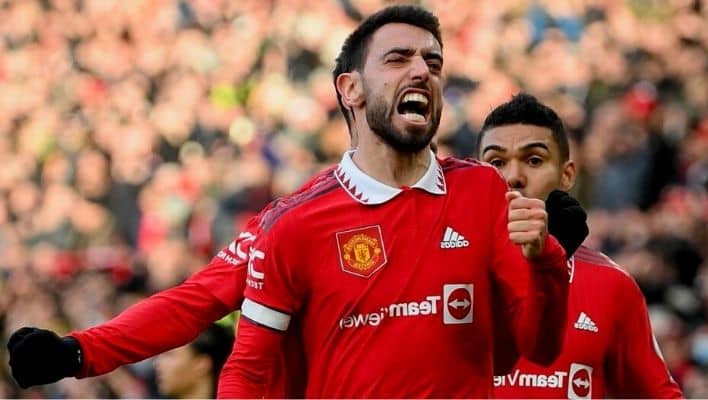 The latest Manchester Derby had another interesting argument to talk about.

Last Saturday, United eked out a come-from-behind 2-1 victory in the Premier League over City at Old Trafford.

The match, other than being entertaining, had a tainted mark on it.

It was Bruno Fernandes’ goal that tied the score at 1-1 in the 78th minute after substitute Jack Grealish had shoved City ahead in the 60th.

Fernandes scored despite the presence of Marcus Rashford in an offside position. City protested that he had interfered despite the flag going up. It went to no avail.

Although Rashford clearly moved toward the ball as it was played through, he did not touch it and therefore was technically not offside before Fernandes found the back of the net.

Rashford eventually scored the winner in the 82nd after sweeping in substitute Alejandro Garnacho's cross at the Stretford End.

Fuming City players confronted referee Stuart Attwell at the final whistle, showing how disgusted they were for allowing Fernandes to be an equalizer.

The debate over that goal will go on for sure.

For United, the win was big as they improved to 38 points after 18 matches and are now just below third placers Newcastle United (19 games) on goal difference and a point behind second placers City, who in turn are eight points off leaders Arsenal.

Moreover, the victory over City meant the Red Devils have lost only one of their past 19 games in all competitions. It also padded their winning streak in the league to six games.

United hope to extend their winning romp to seven matches when they visit Crystal Palace next on January 19, while City try to regroup when they tangle with Tottenham Hotspur at Etihad Stadium On January 20.