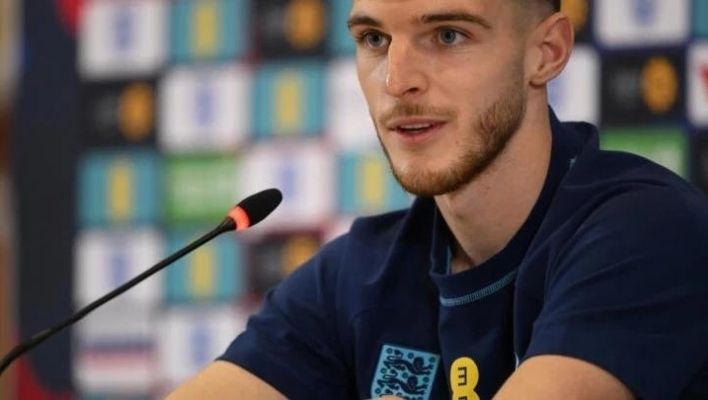 At this point in the 2022 World Cup, let the bragging rights belong to Declan Rice.

The West Ham United playmaker and captain, playing in his first World Cup, said the Three Lions should be feared by other competing nations.

The reason according to him? They have quality.

Rice commented on Thursday as England prepared to meet Senegal in the last-16 stage on Sunday. A win gives them a ticket to the quarterfinals.

Rice thinks England's "world-class talent" and the team’s trophy-winning experience with their clubs combine to make them tough opponents.

He added: "Other nations will look at our quality, and why should we not be feared?" "If you look at our attacking talent, we have world-class talent. Across the board, we have players who have won the biggest trophies. It is up to us to prove that. The likes of France have done that. We're not just here to get into the last 16, we want to go the whole way."

It can be noted that England's players have the experience reaching the 2018 World Cup semi-finals in Russia and the final of the European Championship last year.

The Three Lions went into the World Cup in Qatar on the back of a six-match winless run and relegation from the Nations League.

They have shown fine form so far as they topped Group B following wins against Iran and Wales and a goalless draw with the United States.

The 23-year-old Rice also said confidence is high within the camp as England gird for the high stakes of the knockout stage.

"Our mentality now is fantastic. We have players that have won trophies year in and year out - so they've brought that mentality and installed it in England," he added.