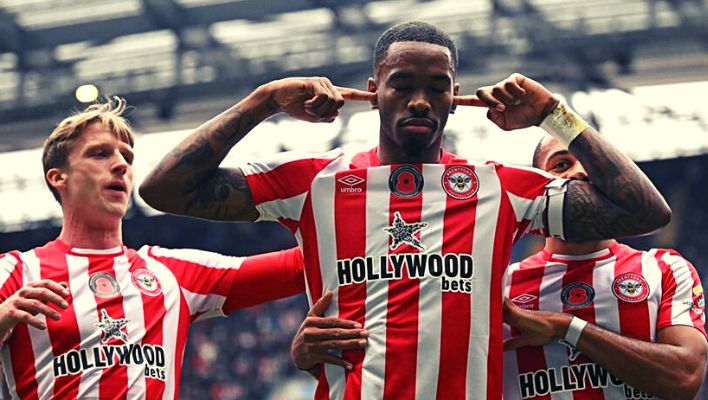 The reason why Ivan Toney was not included in the England squad competing in the 2022 World Cup in Qatar is now known.

England footballing body FA said on Thursday that the Brentford striker was not selected due to "football grounds".

The FA has charged Tony with 232 alleged breaches of betting rules.

Callum Wilson was chosen ahead of Toney as the backup of the main man and team captain Harry Kane.

Toney emerged as a contender for Gareth Southgate's Three Lions squad after a sizzling start to the season, with 10 goals in 14 league matches for the Bees.

However, earlier this month, he was at the center of a seven-month FA investigation.

Reports said that if he is found to have placed bets on his side to win, a six-month ban is among the possible punishments.

But Toney seemed unfazed as he appeared in a picture alongside former Newcastle teammate Rolando Aarons at a birthday celebration posted by Aarons on his Instagram last Wednesday night.

Mark Bullingham, the FA chief executive, said Tony was absolutely available for selection but was not picked on "football grounds".

Bullingham added that he did not tell Southgate to leave Toney out of his 26-man squad for the tournament because of the charges.

It can be recalled that England defender Kieran Trippier was banned for 10 weeks by the FA in December 2020 for giving out information for others to bet on his transfer from Tottenham to Atletico Madrid.

In his response to the question of whether this was a problem within the English game, Bullingham said: "I think our rules are very clear and we have had a small number of cases. Obviously, we will look to enforce the rules when they are broken."