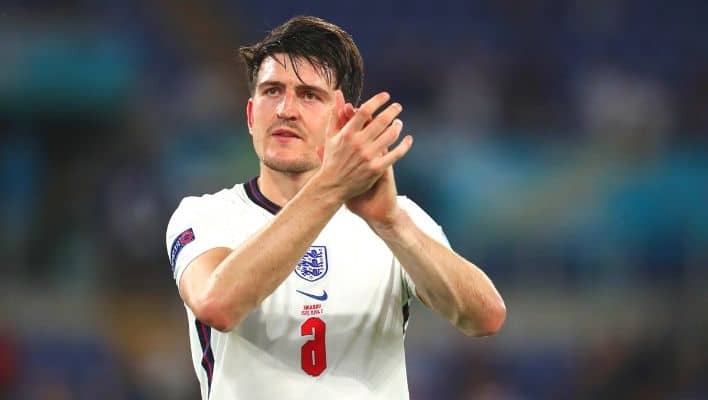 Harry Maguire has been having a letdown lately.

His anemic form recently invited a wave of criticism from fans and affected his confidence.

The Manchester United and England defender is not alone, though, in his fight to battle his current setback.

Gary Neville, a former United defender and now broadcaster-businessman, came to the side of Maguire and gave him some advice – speak to a psychologist.

The 47-year-old Neville has experienced the same predicament in his playing years and overcame it by seeking the help of a psychologist.

Maguire, 29, has endured a difficult period at the club level which has seen him dropped from the United starting XI by manager Erik Ten Hag.

Last Monday, he saw action for England and conceded a penalty after giving the ball away in the first place against Germany during their Nations League group match that ended in a 3-3 stalemate at Wembley Stadium.

Neville said during a radio program last Tuesday, "I’ve been there myself."

He added: "I gave away two really bad goals against Vasco de Gama in a World Club Championships in the early 2000s, then six months later went on to have a horrible tournament for England in Belgium and Holland."

After his latest miscues, there have been some calls for Maguire to be dropped from Gareth Southgate's squad ahead of the World Cup 2022 in November.

Neville defended Maguire again and said he does not agree with the suggestion. He said Maguire is worthy of a spot on the plane to Qatar.

From 2017 to 2022, Maguire appeared 48 times for England and scored seven goals along the way.