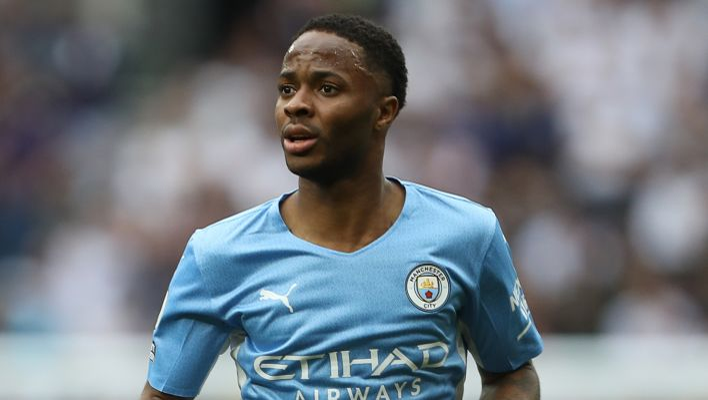 Reports said the 27-year-old winger has said ``yes’’ to a deal worth up to £50 million including add-ons with the Blues as he relocates from Manchester City.

Sterling is set to arrive at Stamford Bridge on a five-year contract with an option of a further year.

A medical check-up has been set before the contract is announced, the reports added.

Sterling has one year left on his contract at City, who signed him from Liverpool in a £49-million deal in 2015. He went on to score 131 goals in 339 games for City.

With 77 England caps, Sterling will become Chelsea's first major signing since they were taken over by a consortium led by American businessman, investor, and philanthropist Todd Boehly this summer. That is if the deal is finalized.

Reports added the deal will be done in time for Sterling to link up with the Chelsea squad before they leave for their pre-season tour to the United States next week.

Sterling will fill the void left by the departure of record signing Romelu Lukaku's return on loan to Inter Milan, just a year after splashing out £97 million on the Belgian striker.

The city has also beefed up its attacking options for the new campaign with the arrival of Erling Haaland and Julian Alvarez.

Other major clubs, including Barcelona, Real Madrid, and Bayern Munich also showed interest in Sterling but the player was swayed by Chelsea's public and privately stated desire to sign him.

According to reports, Sterling has no ill-feeling toward City or manager Pep Guardiola.

Experts said Sterling views his move to Chelsea as the most important contract of his career and wants to play a pivotal role at a club challenging for all the major honors.

They added Sterling still has team and professional targets he wants to fulfill, including winning the Ballon d'Or.

Embarrassment for Southgate as Three Lions Relegated in Nations League