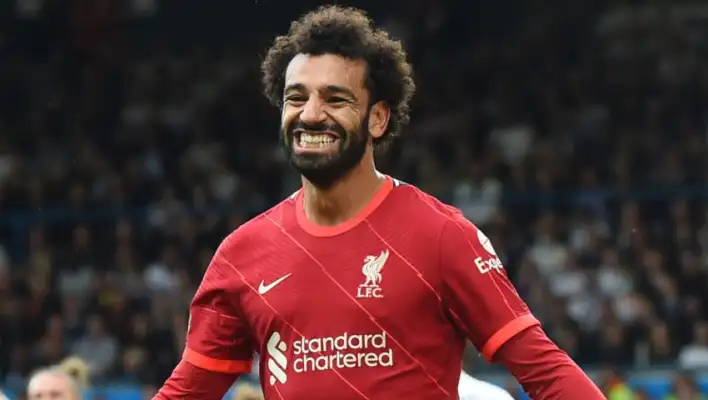 Reports said he will receive a salary of £ 350,000 a week, making him the highest-paid player in the club's history.

The 30-year-old forward from Egypt only had a year to go on his previous contract.

His new signing erased doubts about whether he would stay.

It also boosted the morale of the squad after the departure of fellow forward Sadio Mane to Bayern Munich recently.

Liverpool also acquired Benfica and Uruguay striker Darwin Nunez for an initial £64 million to offset the loss of Mane.

Salah has netted 156 goals in 254 appearances during his five years at Anfield since coming in from Roma.

Those 156 goals rank him ninth on the list of Liverpool's record scorers, with enough ground to make up on Ian Rush at the top of that list with 346 goals.

After inking his new deal, Salah told reporters: ``I feel great and I am excited to win trophies with the club. It's a happy day for everyone. We are in a good position to fight for everything.’’

He added: "This is a special treat for our supporters to enjoy their weekend even more. I'm sure there will be some celebrations for this news tonight."

He has also bagged or shared three Premier League Golden Boots and been named the PFA player of the year twice while with Klopp's squad.

Klopp added that he has no doubt Salah’s best years are still to come.

``And that's saying something because the first five seasons here have been the stuff of legend,’’ Klopp also said.

With Salah around, Liverpool captured the FA Cup and Carabao Cup this season but was in the running for a quadruple but fell just short in the Premier League and was beaten in the Champions League final by Real Madrid.