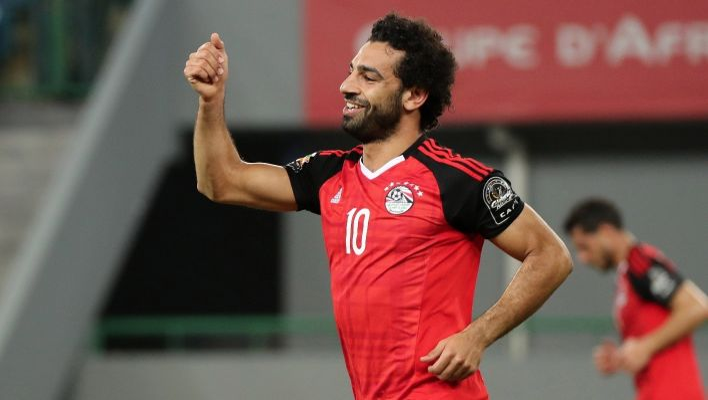 Salah Has Mission for Reds Against Los Blancos

Mohamed Salah will be the player to watch when Liverpool meets Real Madrid in the 2022 Champions League final at Stade be France on Sunday.

Other than being the Reds’ main man, the star forward will be on a mission to avenge their 3-1 loss to Los Blancos in the final in Kyiv, Ukraine, four years ago.

MAN OF THE MATCH

After Liverpool's Sadio Mane canceled out Karim Benzema's opener for Real Madrid, two goals from man of the match Gareth Bale proved the difference in a 3–1 victory for Real Madrid at NSC Olimpiyski Stadium, making them the first squad to win three back-to-back titles in Champions League era and the first since Bayern Munich defeated Saint-Etienne in the 1976 European Cup Final.

``We have a score to settle,’’ said the 29-year-old Salah, as the Reds prepared to meet the Spanish giants.

The defeat left the Egyptian in tears. He received a consoling pat from Cristiano Ronaldo as he walked off heartbroken after only 30 minutes, following a rough tangle with Real's top defender Sergio Ramos that highlighted the setback.

Liverpool will also look to avenge their 3-1 defeat to Los Blancos in the quarterfinals last season.

But this is now and it will be a completely different meeting.

Reds coach Jurgen Klopp believes Salah will be ``very motivated through the roof’’ when they cross paths with Real Madrid again.

Aside from Salah, Liverpool’s other reliables include Sadio Mane and Roberto Firmino, as well as Diogo and Colombian Luis Diaz.

Salah is Liverpool's chief player when it comes to goals, with 31 scored in 50 appearances this season.

Liverpool last won the CL trophy in 2019, their sixth title. Real Madrid won a record 13 titles and last won the tournament in 2018.

Come to the final, Salah, dubbed the ``Egyptian King’’ in football circles, will have the chance to bring back Champions League glory to Liverpool.