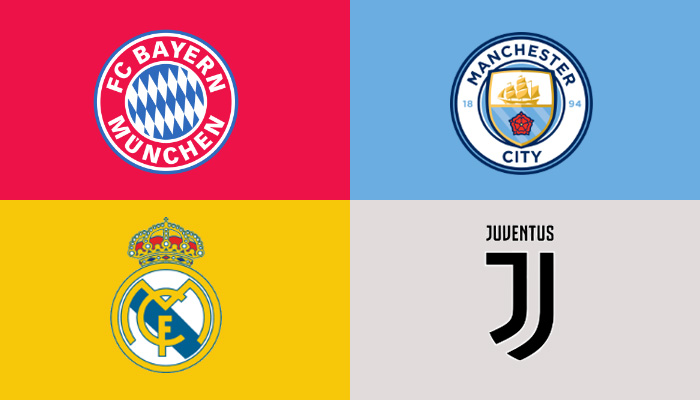 Football in Europe had a successful return since the top leagues were shut down by the coronavirus pandemic.

Let’s take a look at the teams who shone (as of June 25, 2020) after resuming their respective campaigns since the postponement of proceedings last March:

The powerhouse club successfully retained the Bundesliga trophy, in the process claiming a record eight-straight and a record-extending 30th overall title.

Dortmund’s last league match will be at home against Hoffenheim on June 27.

In good position to secure a Champions Lague berth after back-to-back league wins over visiting Wolfsburg 3-0 and at Paderborn 3-1.

Gladbach aim for an all-important win against visiting Hertha BSC on the final day of action in the Bundesliga on June 27.

Claimed impressive back-to-back wins since resuming their campaign in the Premier League.

City returned with a dominant 3-0 win at Etihad Stadium over Arsenal and followed it up with a dominating 5-0 victory also at home, this time over Burnley.

Pep Guardiola’s men stayed second in the Premier League standings and will play Chelsea next on June 26.

Los Blancos resumed their La Liga campaign by winning 2-1 at Real Sociedad. Next they beat Mallorc 2-0 at Santiago Bernabeu Stadium.

As a result, the capital city club are back atop the table tied on 68 points with Barcelona after 31 matches but have the better-head-to-head record.

It was their fourth win in succession in their last five league matches blemished only by a 2-1 defeat at Real Betis. Before that Zinedine Zidane’s men posted a huge 2-0 win at home over long-time nemesis Barcelona.

Real Madrid’s next match is at Espanyol on Monday.

The Catalans returned to action from a three-month lull caused by the covid-19 crisis with a 0-0 draw at Sevilla.

They made amends in their net game held at Camp Nou by nipping Athletic Club 1-0 that shoved them tied at 68 points with Real Madrid, who lead the table due to a better head-to-head record.

Barca visit Celta Vigo in their next league fixture on June 27.

Atalanta returned from a three-month break with an impressive 4-1 drubbing of visiting Sassuolo, stretching their win streak in Serie A to four after drawing 2-2 at home against Genoa.

The three other previous victories by Atalanta were 2-1 at Fiorentina, 2-1 at home over Roa and 7-2 at Lecce.

Gian Piero Gasperini’s side sit fourth in the table going into their match against Lazio.

Rebounded from a loss to Napoli in the Coppa Italia final by whipping Bologna 2-0 at Stadio Renato Dall’Ara when they resumed their Serie A campaign last Tuesday. Cristiano Ronaldo and Paulo Dybala scored a goal each in that away victory.

As a result, Juve stayed atop the league with 66 points whilst keeping closest pursuers Lazio at bay.

Juve next take on Lecce at Allianz Stadium on June 27.

Liverpool moved to within a whisker of their first-ever Premier League title in 30 years after mercilessly routing Crystal Palace 4-0 at Anfield.

After a scoreless draw in their Merseyside derby with Everton in their return from a three-month inactivity, the Reds showed no mercy against the eagles.

The win left Manchester City needing to prevail over Chelsea at Stamford Bridge on Friday to delay the inevitability of Liverpool’s coronation s 2019-20 season champions.

Who Will Win ‘Sancho Tug-of-War?’