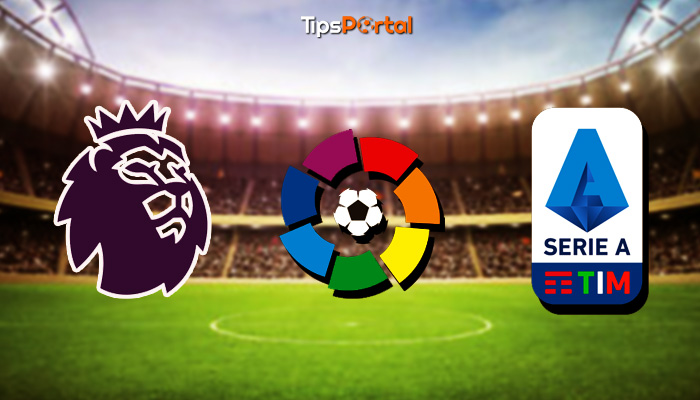 Hope is back in football as Premier League, La Liga, Serie A set restarts

Following the lead of the Bundesliga, the Premier League, La Liga and Serie A are making their respective comebacks this month after being halted last March by the coronavirus (Covid-19) pandemic.

The Premier League will restart on June 17 with matches pitting Aston Villa against Sheffield United, and Manchester City against Arsenal.

Just like what the Bundesliga implemented since its successful resumption last May 15, all of the coming matches in the Premier League and Serie A will be played behind closed doors.

La Liga is set to be back on June 11 with the Real Betis-Sevilla game on tap.

Prime Minister Pedro Sanchez had given the green light for the restart of the Spanish top-tier league which was postponed last May 12.

La Liga will be the second of Europe’s five major football tournaments to resume. Germany’s Bundesliga set the tone by resuming action last May 15.

JUVE UP IN SERIE A

Serie A, Italy’s top-tier tournament, was stopped last March 9 with Juventus leading the field by a slim point over Lazio, 63-62.

Italian Sports Minister Vincenzo Spadafaora gave the nod of approval for the league to resume on June 20.

Players have returned to individual training earlier in May before group sessions restarted two weeks ago.

There are 12 rounds left to be played in the Serie A, plus four games that were postponed from the 25th round.

In the Premier League, other safety guidelines will be announced by the government as the fight to curb Covid-19 continues.

At present, Liverpool are 25 points clear at the top, whilst Bournemouth, Aston Villa and Norwich City are in the relegation spots.

The Reds could clinch their first league title in 30 years with a win in their first fixture back in case second placers City are beaten by Arsenal.

For the first time since the Premier League was launched in 1992, matches will be shown live by free-to-air broadcaster, the British Broadcasting Corporation (BBC).

The Italian Football Federation set an August 20 deadline to finish the 2019-season even as Brescia owner Massimo Cellino, branded the planned restart as a ``crazy decision.’’

There has been no- top-flight games in Italy since Sassuolo defeated Brescia 3-0 last March 9. Brescia are the bottom-team in the field of 20.

EYEING A RECORD 9TH TITLE IN A ROW

Juventus are eyeing a record-extending ninth successive Serie A trophy but Lazio are dangerously behind at second. Third placers Inter Milan are nine points off Juventus but have played a fewer match.

With the return of the Premier League, La Liga and Serie A,  hope is back in European football which took a heavy ``beating’’ from the coronavirus crisis.

Only the French Ligue 1 has been called off definitively.