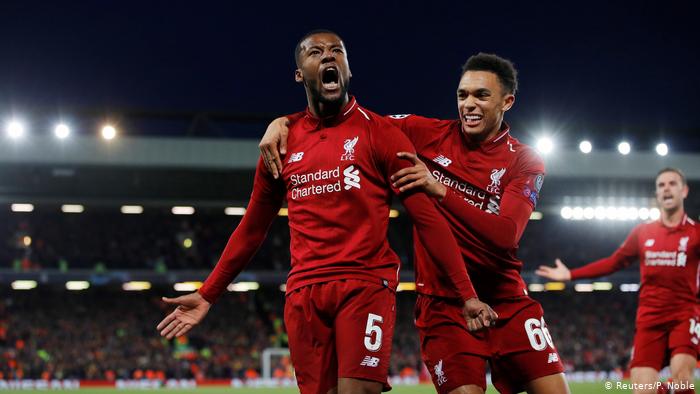 Revisiting Some of the Best Matches in the Champions League

We certainly do miss the Champions League as the coronavirus crisis continues to vex world football.

European competition has always been part and parcel of every football fan’s life so in order to beat the boredom of perhaps seeing the tournament later this year, let us take a look back at some of the best UCL matches in its fabled history.

In this showdown known as the La Remontada (The Comeback), Barcelona battled back from a 0-4 deficit in the second leg of their round-of-16 tie. Barca eventually won 6-5 on aggregate to advance to the quarterfinals as they completed the biggest comeback in the history of the UEFA Champions League. In the second leg held at Camp Nou on March 8, 2017, Neymar scored two crucial goals as the Catalan side prevailed 6-1. Edinson Cavani netted the solitary goal for the French outfit.

Liverpool hauled their fifth European title after their patience paid off at the Ataturk Stadium in Istanbul, Turkey. The Reds saw themselves facing a 0-3 deficit at half-time but roared back in the second half behind goals from Steven Gerrard, Vladimir Smicer and Xabi Alonso to send the match into extra time. In the nerve-wracking penalty shootout, goalkeeper Jerzy Dudek saved two Milan shots as Liverpool snatched the victory. Final score: Liverpool 3, AC Milan 3 (3-2 on penalties).

Liverpool appeared goners after Barcelona demolished them in the first leg at Camp Nou 3-0, but the never-say-die Reds hammered out an emphatic 4-0 win at Anfield in the second leg to steal a 4-3 victory on aggregate and advance to the final. Liverpool went on to subdue Tottenham Hotspur 2-0 in the final to clinch their sixth Champions League title.

This was the first final in the renamed Champions League. It was held at Olympiastadion in Munich. French side Marseille edged Real Madrid, the European Cup’s most successful squad, 1-0, big thanks to midfielder Basile Boli’s 43rd-minute goal.

The Gunners needed a win at San Siro to stay alive after previously losing 0-3 at Highbury. Hey did just that. Thierry Henry put Arsenal up 1-0 in the 25th minute before Christian Vieri levelled the count in the 32nd. But the Gunners went back to the lead on Freddie Ljungberg’s goal after halftime before Henry, Edu and Robert Pires struck in the last five minutes as the Gunners posted a 5-1 victory.

Zinedine Zidane struck the winning goal (a left-footed volley into the top corner) just before halftime as Real Madrid triumphed 2-1 at Hamden Park in Glasgow, Scotland.

In his final game, Dutch idol Frank Rijkaard won a Champions League trophy but it was 18-year-old Patrick Kluivert who scored the winner via a Rijkaard pass in the 85th minute.

Milan were denied of their sixth title after that defeat at the Ernst-Happel-Stadion in Vienna, Austria.

Players and Teams to watch in Champions League