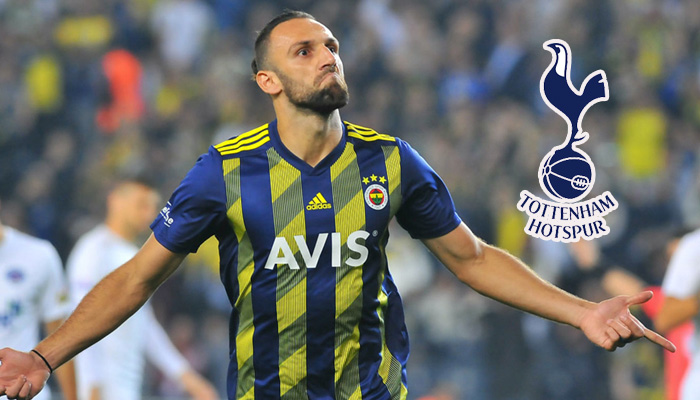 His name is Vedat Muriqi, a Kosovan international who also plays for Turkey outfit Fenerbahce where he is the team’s leading goalscorer.

Unfortunately, talks to acquire him were put on hold due to the coronavirus (Covid-19) outbreak.

Muriqi drew attention after scoring a penalty during England’s European qualifying match against Kosovo last September during which the Thee Lions prevailed 5-3 to automatically qualify for the finals.

Spurs have been looking for an added reserve to fill the role of Kane. Of late, Vincent Janssen and Fernando Llorente were asked to essay Kane’s role.

They found one in Muriqi but the coronavirus pandemic forced Tottenham to halt talks involving the acquisition of the 25-year-old striker.

The negotiations were set to be held following the Euro 2020 qualifying playoff tie between Kosovo and North Macedonia during the March international break. The tie has been cancelled until June.

Reports said Fenerbahce want a ``decent fee’’ for Muriqi as they look to sign players this summer. However, the summer transfer window may also be called off as the coronavirus continues to menace Europe and the rest of the world.

Spurs played without the injured Kane this 2020. Their other striker, Son Heung-min is also out due to injury.

Before the season was halted, Muriqi had scored 13 goals in the Super Lig, a joint third in the goalscoring table with Adis Jahovic of Antalyaspor.

He made his debut for Kosovo national team during the 2018 World Cup qualifications match against Ukraine last June 2017. He issued two assists and netted a goal in their 5-3 loss to England in the 2020 Euro qualifier.