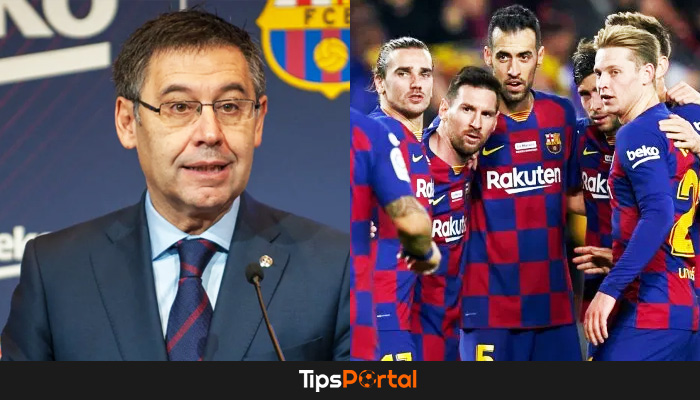 Tension at Barca as Messi, other star players thumb down proposed pay cut

Trouble is brewing at Barcelona as their star players refused to have their salaries slashed due to the economic difficulties brought about by the coronavirus outbreak.

But the tension is seen to be eased when the team and the high-profile players led by Lionel Messi and Antoine Griezmann reach an agreement.

Barca have some of the highest-paid players in the world, with Messi earning 500,000 pounds per week before tax, excluding any bonuses or image rights.

TALKS FOR A BETTER DEAL

Reports said the senior members of the squad nixed a planned 70-percent cut in their wages. Barca president Josep Maria Bartomoeu had already set up talks for both management and players to reach a favourable deal.

But in another report, Barca management had already cut the players’ salaries without the latters’ approval.

FIFA, football’s world governing body, had earlier threw their support for clubs to cut their players’ salaries by 50 percent while matches are cancelled, and Barcelona seized the opportunity.

The Barca board said that since the players’ working hours were reduced, their wages should also be slashed.

The move to have the players’ salaries cut was announced during a video conference last Friday, but the players, led by Messi, frowned on the idea.

Barca are seen to be troubled financially in the coming months even as they attempt to break the one billion-pound barrier for revenue.

The tension between Barca and their players brewed as the coronavirus pandemic spread rapidly in Spain which as of press time now have the second-highest death toll in the word with 4,362 deaths and surpassed only by Italy with 8,215 deaths.

The Catalonia region where Barcelona is a part of has also seen a rapid increase in coronavirus-related cases.